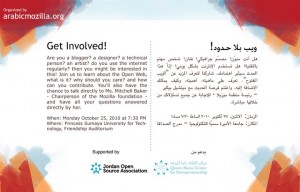 Yesterday I went with my brother to City Mall to watch Final Destination film in 3D, I didn’t watched any film from the series but the idea was to try the 3D movies,

The ticket was 8 JD and as the ticket guy told me, in 3D movie the more you get closer to the screen the more fun you will have… At the entrance I picked up one of the glasses that are looks old fashioned and cheap :), I asked the guy how they clean them because they are not disposable, he said after collecting them they sterilized them before the next show. Once the movie is started I put the glasses on, they are light and you look funny with them 🙂 and to be honest I didn’t felt comfortable with them for a few minutes. Now Is it really 3D? I can say yes.. the film was bloody with no story but the 3D experience make it nice.. The most exciting  moment was a snake scene I felt as if the snake is on front of my face :). I guess RealD movies are a good steps towards 3D movies, definitely I will go for more movies (Good one only) and I hope later on they change these glasses with cool one 🙂

Yesterday I was reading that Orange is reduce more the prices for the ISP to help to increase the number of Internet users in Jordan and Zain before couple of days released the Zain e-Go service in Jordan as the 1st provider in middle East (but Kuwait and Bahrain already had this before) also to compete and spread the internet. I decide to see what internet users in Jordan are looking for and their interest and how they are using the Internet. I went to Alexa website and checked the top visited sites in Jordan, the 1st one is Google.jo  and the 2nd one is Yahoo.com, I said ok most of users home pages are these two sites no problem, then Facebook (I hate it) people in Jordan are wasting their time by putting their information public to world-interested. after that Youtube came; people here are spending lots of time watching videos on YouTube. Then Koora, you know football is popular here in Jordan. after that Alrai newspaper, finally something good to read (at least). Wikipedia came on no. 11, good to see it here… then I went to the list till I reach to the 100 website. what I notice is that people either listening to music, reading news, watching video, or adult content or socializing… Is this what we need really from the Internet, I guess in addition of encouraging people of connecting to the Internet, government and public/private sector should educate people the benefit of it and how really you should use it

Today Zain Jordan launch the e-Go service, the wireless internet connection without a landline… I am already a customer of Zain longtime ago and happy with their service. I called the customer service (1234) and asked the staff to give me more information. She was friendly with me, she gave me all price schema (already checked it from the website). I asked her about the coverage she said it is 99% of Amman area, you can either get a USB device or a wireless modem (USB is free for 2.4 and 5 mbps customers). I asked her if I can convert from ADSL to Wireless and what about if I reach my limit how much the speed gonna drop, she asked me to wait on phone to get more information, after 1 minute she said to me I can’t convert from ADSL to wireless (not big deal), but she said till now there is no policy for the download limitation because the first two months are free download limit (till the two months are ended, at the time company will find a policy) and there is no free download limit time as ADSL (on ADSL from 10 pm to 7 am, and Friday). I guess I will wait more because my ADSL will end this December and the prices will change more and will have more offers 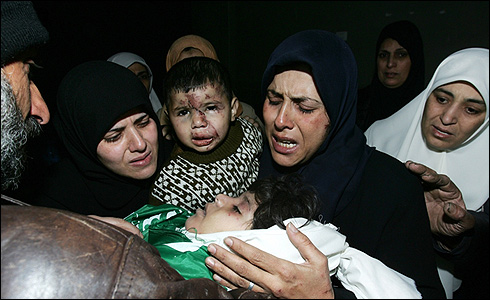 Pictures for destroyed homes…. Pictures for scared familes, year end with over 400 people are killed and over 2000 are injured… what an end!!! Thanks to all hotels, resturants cafes.. all people who didn’t celebrate the new year even by sending emails because if I know that the year will end like this, I will hope that it never comes… (pictures are from alrai newspaper and BBC Arabic)