You can find all information about Capturesco (Alfresco Scanning tool) on this page.. starting from the current release guides, to future plan for this capturing tool… Feel free to contribute and add your comments.

Currently I’m working in new release of Capturesco, before my plan was to move to 1.5 then to version 2.0 but then decide to change my mind and take more time and move directly to version 2.0 which will include

Currently on my Caputuresco still didn’t target the end user directly, so until now I am not planning to release a setup version for it because I want to concentrate more on the software itself.

My target release date will be before 25 of December

If you have any comments feel free to add them.

The new Capturesco 2.0 1st images with the new logo, what do you think? 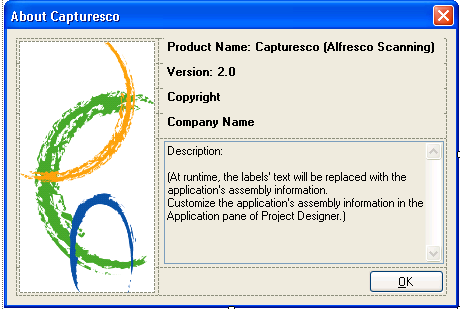 Capturesco 2.0 RC 1 is released below is the change log

This site uses Akismet to reduce spam. Learn how your comment data is processed.